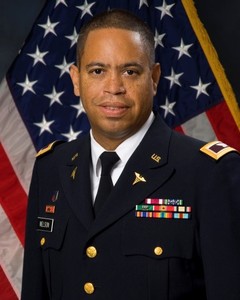 PHILADELPHIA, PA – November 21, 2016 – The American Board of Allergy and Immunology (ABAI), the entity overseeing the certification of physicians specializing in Allergy and Immunology announced that its Board of Directors has elected Michael R. Nelson, MD, PhD, as the organization’s president-elect. Dr. Nelson will begin his duties as President on January 1, 2019. He succeeds retiring President Stephen I. Wasserman, MD.

Dr. Nelson, a U.S. Army Medical Corps Colonel, is the Director of the Medical Education Directorate in the U.S. Army Office of the Surgeon General at Walter Reed National Military Medical Center, Bethesda, MD. He is certified by the ABAI where he was named to the ABAI Board of Directors in 2011 and currently serves as treasurer and previously served as exam co-chair and blueprint committee chair. He was one of the last to be certified in Clinical Laboratory Immunology. He also serves as the ABAI Liaison to the American Board of Internal Medicine (ABIM) in Philadelphia as a member of the ABIM Council. He is a diplomate of the ABIM where he was initially certified in 1994.

Dr. Nelson’s current posts include Professor in the Department of Medicine and Department of Pediatrics at the Uniformed Services University of the Health Sciences, Bethesda, MD. He is the Chair of the Immunotherapy, Allergen Standardization and Diagnostics Committee of the American Academy of Allergy, Asthma and Immunology, Milwaukee, WI, and Chair of the 2015-16 Allergen Immunotherapy Utilization Working Group of the Agency for Healthcare Research & Quality (AHRQ), Rockville, MD. He also chairs the Food and Drug Administration (FDA) Allergenic Products Advisory Committee and the Accreditation Council for Graduate Medical Education (ACGME) Allergy-Immunology Milestone Program.
Nelson earned his undergraduate degree in chemistry at Princeton University and his MD and PhD degrees at the University of Virginia where he also completed his internship in internal medicine. He finished his residency in internal medicine in 1996 at Eisenhower Army Medical Center, Fort Gordon, GA. He completed fellowships in Allergy-Immunology and Clinical Laboratory Immunology at Walter Reed Army Medical Center, Washington, DC.
Dr. Nelson was promoted to the rank of colonel in 2007 and is the recipient of numerous honors which includes the Defense Meritorious Service Medal along with multiple teaching and military award decorations during his years of active duty service. Nelson is a Fellow of both the American College of Allergy, Asthma and Immunology (ACAAI) and the American Academy of Asthma, Allergy, and Immunology (AAAAI). He is widely published in peer-reviewed journals and has served as editor for peer-reviewed journals and allergen extract preparation resources and assessment tools.